SCRATCH nights are back and they’re moving online!

Brought to you by ATYP and Nightingale Content, RoomWorks is some sparkly sh*t from home.

RoomWorks will pay (yes, pay!) 10 young actors and 10 young writers $400 each to write and perform an original 1-2 minute monologue in teams of two, which will then be screened in a digital scratch night. With one week to complete the task, the 20 young artists chosen will attend online workshops and be given feedback by industry professionals throughout their process. The program will provide young artists with the opportunity to connect with others in the community, network with more experienced creators and practice their skills during this period apart.

Applications for RoomWorks will open on Monday June 8th and will close at midnight on Wednesday June 17th. Writers will be required to submit a sample of their work and actors a 1-minute self-tape. We encourage all artists age 18-26* to apply no matter where in the country you are or how much previous experience you have had!

The program will commence on Monday June 29th and all applicants must be available for workshops on the mornings of Monday June 29th, Wednesday July 1st and Friday July 3rd.

*All applicants must be between 18 and 26 years of age on the date the project commences. If you are not 18 before the start of the project or turn 27 during the week that it runs, you are not eligible to apply. 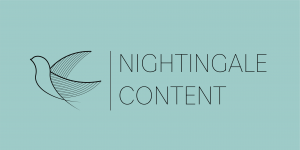 After receiving over 200 applications from eager young artists all around Australia, these final 20 artists were selected by a panel of industry professionals.
ACTORSWRITERS