Since 2010 ATYP’s iconic National Studio has been dedicated exclusively to emerging playwrights and their practice. Each year, 20 emerging writers (aged 18-26) are selected from all over Australia to spend a week in rural NSW.

During the residency, the writers are mentored and nurtured by leading playwrights and dramaturgs through masterclasses, small group tutorials and one-on-one sessions in a formative creative experience.

Over the course of the week, writers create a short piece for the stage for performers aged 14-17. Since 2016, selected plays have been produced under the title Intersection, and these scripts have been published by Currency Press, to be purchased and presented by schools around Australia.

Now we introduce The Intersection Festival! Schools and youth theatre companies around Australia curate their own season from the scripts created at The National Studio. Each participating group can present up to ten of the new works. Plays selected are published by Currency Press so they can go on to be performed around the country for years to come.

Ten of the most interesting performances presented are invited to participate in The Intersection Festival at ATYP’s new home: Pier 2/3 on Sydney Harbour. The event is a celebration of new Australian playwriting delivered in partnership with Australian high schools and youth theatre companies.

ATYP acknowledges the support of the Crown Resorts Foundation and the Packer Family Foundation, who help make the studio accessible to those who otherwise would not be able to attend.

This year’s ATYP National Studio will be held from Monday 11 – Saturday 16 July at Bundanon, NSW.

Please note: ATYP is monitoring the changing status of the COVID-19 situation and actioning advice from federal and state governments and the Australian and NSW Health Departments. In light of this, the National Studio may need to be postponed to a later date or pivoted to an online program. 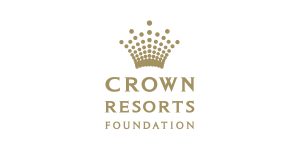 Applications for the 2022 National Studio are now closed

To complete your application, you will need :

The National Studio costs $500 for successful participants, regardless of where in Australia you live. Thanks to support from our donors, every person successfully selected for National Studio receives a subsidy of $1,500 from the full cost of the program.

ATYP offers full scholarship places for those who could not attend otherwise. Please email [email protected] for a scholarship form.

Participation in the Studio includes :

4 May – Applications due 9am

APPLICATIONS CLOSE 9AM AEDT WEDNESDAY 4 MAY

Thanks to generous support, the National Studio fee is subsidised and costs $450 for successful participants, regardless of where in Australia you live. ATYP offers scholarship places for those who could not attend otherwise. Please email [email protected] for a scholarship form.

Participation in the Studio includes:

Information on writers and mentors from past years

Each year from 2011 – 2016 ten monologues were selected from the work created by the participants of the National Studio to go on to form The Voices Project production. It brought together the best new monologue writing from ATYP’s emerging playwright program, giving it a place on stage. Check out more in our Past Productions.

THE ONE SURE THING

Some of the outstanding monologues from The Voices Project were adapted for film. Highlights below:

The aim was to pick up chicks by sounding like a Frenchman. Hasn’t really worked out yet. The winner of the 2012 film competition, Love Bytes.

They told me I’d be getting sick, but actually I’m just getting awesome

Sam puts everything into his work. Everything.

16 year old Adam cruelly teases a classmate. When he seeks her out to apologise, she has quite different plans for him. Years later, when least expected, the memory of this event comes back to haunt Adam.

A moment’s reflection opens up a past secret love. The original monologue that inspired the short film, Bat Eyes.

a mashup of performers from all across Australia (and beyond), playing Dana/Dan, as writer by Joanna Erskine in the monologue Boot. From December 2012 to February 2013 actors (male and female) filmed themselves (or got their friends to film them) performing Jo’s original monologue, direct to camera.

A night out with best friends ends in tragedy, recriminations and a terrible secret. Can you save a friendship with a lie?

Dana has learned to be silent. She doesn’t want to talk about that night. But when her best friend lies about the tragic accident, she decides she has something to say. The original monologue that inspired the short film, Boot. Written by Joanna Erskine, Directed by Damien Power

Some voices speak across the ages.
10 actors, one rainy day, one city, and the greatest monologue of all.