ATYP is delighted to introduce our inaugural program for emerging dramaturgs who identify as First Nations or a Person of Colour. This program will provide participants with skills development and industry connections.

Four emerging dramaturgs will be selected to be part of this in-person program, from September 2022 for 12 months. Over the course of the program, the participants will be mentored by ATYP Resident Dramaturg Jane FitzGerald and Dramaturg, Director, Writer and Creative Producer Bernadette Fam. Participants will attend regular monthly meetings with the mentors to develop their craft and skills, and to build their theatre community.

There is no cost to participants for the program. ATYP warmly acknowledges that this program has only been made possible by generous support through the Australian Government’s RISE Fund.

We strongly encourage applicants with intersectional experience including but not limited to people from Disabled and d/Deaf communities, and people from LGBTQIA+ communities.

If you have any questions about any aspect of the program please address an email to either Bernadette or Jane at [email protected] and we can arrange a time to chat. Previously Jane has been a Literary Manager at Ensemble Theatre (shared role). For STC she has been Literary Manager, Artistic Associate and administrator of the Patrick White Playwrights’ Award as well as a dramaturg on new writing (Blueprints writers’ program) and mainstage productions including Volpone and A Midsummer Night’s Dream (Festival of the Dreaming). She has worked as a script reader for the Royal Court London, Playwriting Australia, ANPC and Playworks, and has worked extensively as a Mentor with Year 12 students on HSC creative writing projects. 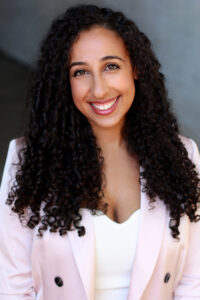 Bernadette Fam is a multidisciplinary theatremaker working across Dramaturgy, Directing, Writing and Creative Producing. As an artist, Bernadette is passionate about exploring the intricacies of identity, belonging and cultural connection in Australia’s current socio-economic landscape.

As Dramaturg Bernadette has worked with a range of companies including but not limited to: Sydney Chamber Opera, Poetry in Action, PYT Fairfield, Critical Stages Touring, Green Door Theatre Company, Rogues Projects and Antipodes Theatre. She is currently working as Dramaturg on PYT Fairfield’s Dorr-e Dari which has had seasons with Sydney Festival and PYT Fairfield and will tour to Arts Centre Melbourne and Sydney Opera House this year. She recently directed Chewing Gum Dreams for Green Door Theatre Company/Red Line Productions and is working as Dramaturg/Director on Rogues Projects’ production of Blacklisted by Almitra Mavalvala which will debut at Hayes Theatre Co in November.

MADE POSSIBLE BY THE SUPPORT OF