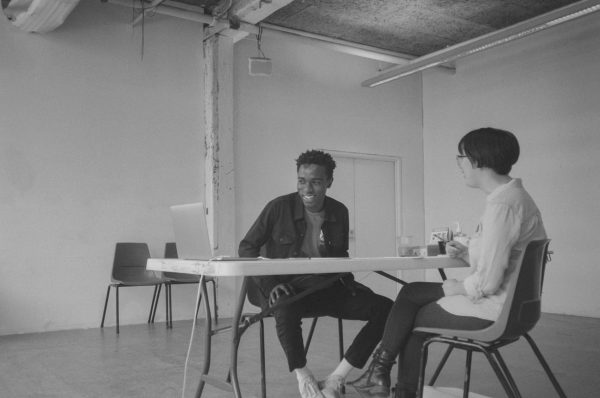 This week the Griffin SBW Stables Theatre opened its doors after a forced year-long (to the day) COVID-19 spurred hiatus, and with an excellent choice of show to open with! Jali, an engaging one-man show written and performed by Oliver Twist, is a piece that reminds us all that even though the last year was a tough one, we really are in the lucky country and should count our blessings.

A lot of us may have read “one-man show” and groaned (myself included), immediately turned off by the idea of it, maybe remembering a friend’s torturous one-man show you were once forced to endure, but with Jali that just isn’t the case! Shows like this is why I come to the theatre; to have my horizons broadened, my moral compass challenged and learn about things outside my own world. In just 60 minutes, Twist, through an intimacy like sharing secrets with a close friend, transported me through the encapsulating story of how he came to Australia. From his Rwandan up-bringing, refugee status, to becoming an Australian. 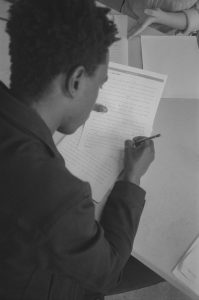 Taking me on a rollercoaster of human experiences; trauma, fear, love, humour, isolation, hope, disappointment, resilience and wisdom. The stage is near bare and designs are simple yet enhancing as is there is no need to distract from Twist’s powerful storytelling. (As a side note: Jali is such a smart choice of show to choose producing/cost-efficient wise as the theatre eases back open.) Warming into the show, Twist’s performance became stripped-down, charismatic, funny and raw with a vibrancy that kept you engaged and told you ‘I refuse to be defined by my past’! Lines like “Isn’t it a pain when you think you’re in danger and you find out you’re the danger” had me giggling in my chair while simultaneously opening my eyes to things I had never encountered or thought about in my world’s bubble.

I loved the production. It did what it did to the highest possible calibre, and I celebrate what Twist and Griffin Theatre Company have created! This young performer has written and is acting out some of the most vulnerable parts of his life for a public audience. This is no easy feat by any means but especially when the majority of that audience, I can probably confidently guess, would have never personally experienced anything close to his journey. A brave and wonderful show and performance totally deserving of praise and support!

Jali was a brilliant piece of storytelling and theatre and I found myself being carried along on the journey of Oliver’s life. From the moment the lights went down and the sound of waves crashing began, I was completely enthralled in Oliver’s words by his world and felt I was on the journey with him.

The way he described his memories and experiences was not only mesmerising, but comedic, I felt as though I was standing there witnessing his memories as they unfolded out around him, from his parents’ meeting, how he came into the world and constant turmoil in his country. Every word he spoke left me feeling as though he was truly speaking with me directly, almost in a more intimate setting, I was completely connected with him in the story.

The story weaves back and forth between different points in time but is done in such a way through music and lighting that you have no difficulty following along with the stories he tells. It tells the story of finding a better life, feeling as though you have no home and that even when you do find your home, life will not be perfect. It opened my eyes more to the life of a refugee and the trials people and families face when they are forced to flee their homes for safety. It was truly a wonderful mix of the honesty and gritty parts of life, mixed with the happiness and hilarity we are faced in modern society. Never at any point does it feel too heavy to handle, but it shows us the truth through the eyes of someone who has seen it, experienced life and loss, fear most of us will never know and the search for not only a physical home, but a home in your heart. 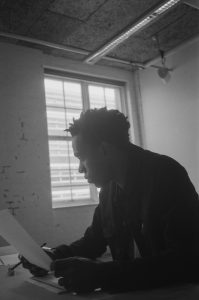 There is not sugar-coating what Oliver has been through and experienced to get to where he is now, or that he is also so very aware of how life is not perfect, nor will it ever be, because “That’s how flimsy life is”. One of the things I found I couldn’t shake after leaving the theatre was the question Oliver posed; “If you could restart, would you do it differently?” and in my mind I went through a series of answers, because life can truly never be perfect, so if one thing was to change, how would it ripple across the things you consider perfect now? And what happens if you are forced to start over, how does that affect you and those around you.

The show poses many questions about sacrifices, family, belonging, rebirth and more. It was a beautiful intermingling of gritty truth and humour and left me feeling grateful for my home and family. I could not recommend Jali more, beautifully written and performed.