Fangirling over vampire countesses, writing prizes, and other ✨

Suddenly it’s August! Seems this year is running faster than the noses in our year 3-4 Ensemble. As the cold weather grips, we spare a thought for our comrades around the country who are getting back to their drama classes in community halls and big old rehearsal rooms. Workshops for term three are starting this week for us all and it’s the season where ‘doing a warm up’ takes on a whole new meaning.

ATYP is back into the rehearsal room this month as two very different comedies start to take shape. Out in Penrith, Rowan Bate and the exceptionally talented teens from Bathory Begins are having fun bringing two totally dysfunctional school groups together for 80 minutes of hilarious mayhem. Meanwhile, this week marks the beginning of rehearsals for another ATYP commission, the explosive new musical FANGIRLS by the luminous Yve Blake which will open in Brisbane at Queensland Theatre before returning to Sydney for a season at Belvoir. Book your tickets early to these shows, they are both certain to sell out.

Of course with heaters on high and hot chocolate warming hands and hearts, it’s the time playwrights can be found in their happy habitats. On Thursday August 22 over six hundred school students will watch the first fifteen minutes of three potential new plays at Riverside Theatres, Parramatta and cast their vote on who will win the prestigious 2019 Martin-Lysicrates Prize. This is the first time ATYP has coordinated this important event in association with National Theatre of Parramatta and Riverside Theatres. If you are a school teacher who would like to get your students involved you can watch the performances and vote online. Click here for details.

At the end of August, ATYP’s iconic National Studio will be held at Riversdale on the Shoalhaven River, NSW. Bringing together 20 of the leading emerging writers in the country, the National Studio is part skill development, part networking event, part mentoring experience and totally life-changing. This year’s mentors are three of the country’s most respected playwrights; Vanessa Bates, Lachlan Philpott and Ross Mueller.

As always there is heaps to do this month. And as you keep warm this August remember spring brings with it some must see shows this year, make sure you book in now so you don’t miss out.

Until next month,
Fraser 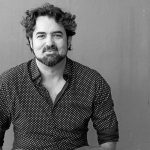 Back to the August eNews >>>