Where were you when it all began?

Long ago, in the time before Covid, Alex Walker at House of Muchness was preparing for creative business as usual, working with young people in and around Brunswick in Melbourne.

Nate Gilkes was a year into his role as Artistic Director of Marian St Theatre for Young People (MSTYP). He was about to pitch his first program for the North Sydney company.

Tahli Corin and Sarah Lockwood, were working out of regional Victoria, developing their fledgling company, Threshold. They had just completed a business accelerator program and were excited about taking their ideas forward.

Is this really happening?

When House of Muchness received their first cancellation from the organisers of a festival event, Alex thought , “Why are they being so conservative? Everything else is going to continue!” The speed of change caught most by surprise.

Nate from MSTYP remembers a strategy meeting where the idea of a Covid plan was first raised and the initial response  “Nah we’re not going to need a Covid contingency…” ,

It quickly became evident to anyone working in the arts that lockdowns were going to devastate business as usual. Nate recalls, “ Within a month we’d shut it down. The whole place had closed” 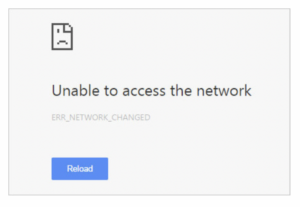 How do we navigate THIS?

The pandemic presented a stark choice, change the way we do things, or tread water and hope it passes… whenever that is. Within a global climate of fear, grief and general overwhelm, many arts companies were forced to reimagine their business structures, resourcing and collaborations, and fast. The switch to digital delivery was no small ask for a service industry traditionally reliant on face to face connection.

Threshold, who were already working to create theatrical experiences delivered outside traditional spaces, were in an interesting position. Says Tahli, “Digital was certainly something we’d discussed and all through the business accelerator people were saying ‘You need to go digital!’ but we had all this resistance to it […] then the pandemic kinda forced our hand to go digital. We were working on quite a tight budget, so there was no way we would be able to engage a developer, so it really had to come from us…

And everything was new. The model of presentation was new, the structure was new, the way audiences were engaged was new…The conversations around delivery are more structural than any other work I’ve previously done.”

Nate says, “Initially there was a deep sadness that we couldn’t speak in the same room. It took a while to grapple with that. The whole online thing disrupted that very core idea of the theatre transaction.”

The hardest thing for Alex was that, “…in the space I’m really used to being able to deliver specifically for each child and I couldn’t have that diversity over Zoom.” This was particularly difficult at a time when, as Alex puts it, “young people’s mental health and other challenges really surfaced […] One of the sad things has been, while I have maintained a relationship with them [the young people], they haven’t really been able to maintain a relationship with each other. They miss out on the peer-to-peer learning…”

Is this connection stable?

To start to make the most of digital delivery, Alex asked herself the question “How can I translate the qualities that I hold dear in the workshop space? Is it possible to translate them?” While Zoom came to the rescue by offering a simple way of connecting people online, it did not come with an instruction manual on how to deepen those connections. That was something everybody had to apply their own creative thinking to.

“I’d never taught online before, I didn’t know who would come along with me. But I decided not to change anything except the delivery mode, so every workshop stayed on its same day…it was the same kids…there was never a week off, it just was on Zoom instead.”

Alex and her supporting artists stayed focused on the creativity and wellbeing of their young articipants by maintaining as many of the pre-covid routines as possible and by “throwing lots of tricks at it.”

This included young people playing and creating with the clothes, food and objects available in their homes. For the youngest participants, at-home packs with clay, felt and other craft materials were dropped to each family. The 5-8 year olds created the ‘Life and Times of Wiggy Romeo’ photo-book featuring a small, felt iguana named through online polling, who lived out lockdown life in each of their homes. “There were lots of things – trinkets, props – I suppose, for them to go ‘Oh I’m part of this thing… We’ve got a prop to prove it. A tangible something.”

Alex says support artists were critical to the success of their Zoom workshops, to provide adult-to-adult connection and set the tone of the space. Parents also assisted smaller children by sending through ‘a billion photos’ of works in progress. Alex loved those reveals: “Oh it worked!…You did so well!”.

Not being in the room with participants, it was important to find other ways to see where they were at and how things were going. The answer must have been positive because Alex estimates that there have been about 200 of those workshops, across the six different lockdowns in Melbourne. “It feels so long ago but also just yesterday. It’s been madness”.

Alex wasn’t alone in adapting her teaching style and content to the digital realm. At MSTYP Nate observed an organic change in teaching styles, “Over a few months, the staff were much less focused on trying to get through a lot of their teaching content and it actually became a room where you could just come and connect for an hour. So it did regain some of that connection over time […] it actually became like a refuge”.

In a similar vein to Alex, Nate describes finding success with activities that involved physical props. For example, they would flick up famous artworks and get young participants to replicate them…

“YOU CAN ONLY USE ONE THING ON YOUR DESK AND YOU HAVE TEN SECONDS TO CREATE…GO!” Having pivoted to digital delivery, MSTYP found they were able to expand their reach to participants in regional Australia. With additional government support, Nate reached out to companies like Theatre 44 in Broken Hill and Empire Theatre in Toowoomba. “I’d never met any of them. We’d only talked on the phone but I was like ‘Hey we’ve got some spaces, do you want to come and do this film-making workshop for a week?’…and they just did it!”

The lockdowns presented several unexpected silver linings. Nate recalls, “In 2020 we worked with young people to create concept albums, based on interviews they did with elders in the community […] Lockdown meant we had access to some really incredible artists who we wouldn’t otherwise be able to connect with because of their schedules. We had iOTA, Prinnie Stevens and Kamahl…It was just the most extraordinary time.”

Nate reflects that by starting off in smaller, spontaneous ways, with little to lose and much to gain, new relationships were much easier to broker. While the pivot to digital presentation raised concerns about the depth of connection that would be possible among participants, there is no question it opened possibilities for supercharging inclusivity. Creatives from MSTYP were later able to build on their new found connections with an in-person visit to young people in Broken Hill. Nate credits the extra funding they received as being vital for getting the new projects going as, without that, “You miss all those conversations, all those kids out of town, all those kids internationally.” “It’s changed a lot of things for us.”

Tahli says, “Within the first 6 weeks of the first lockdown in Melbourne, we had secured that backing and we were in a Zoom room with artists”. Like Nate and Alex, Tahli acknowledges the importance of working with good people. “I think the success of that transition was based on the strength of the artists that we brought on to investigate the challenge.” She is convinced that trusting and valuing artists is key.

With a great support network, quality artists and digital delivery, Threshold were on the way to reaching a world-wide audience. By October 2020 they hit their first international season in Galway. “Now we’ve had over 20 international seasons across six English speaking countries,” says Tahli. They even made the New York times!

“It’s changed a lot of things for us. It’s extraordinary what you can do with the existing online platforms that are available now.”

What have we learnt from this period?

The steep learning curve seems to have sharpened Tahli’s perspective on what can be achieved on our big island home. “Australian theatre makers have been creating work that connects families and audiences for decades … it’s really just the shift to digital which is relatively new. It’s been inspiring for us to see so many artists find creative ways to nourish connection remotely – and the work for Threshold now, is to continue to develop digital works that enrich real world interactions.” She points to the Australia Council’s Digital strategy as one exciting avenue for those who are keen to explore this type of development.

Tahli has clearly turned a corner on digital. “We’re committed to digital delivery. We’re committed to the access that it can bring and how it can support regional artists in a way that wasn’t previously possible.”

Tahli says, “My hope is that we seize possibility with the same openness as we did in the midst of the pandemic…That the things we’ve learned and the way we’ve grown are held onto and that space is made for them to continue to be a part of our practice.”

Nate is still exploring ideas around digital’s place in creative content creation and delivery, and has stayed curious, saying “I loved Ali Gordon’s work incorporating digital into live performance, and we’re thinking more about how those spaces interact… I’m wondering if there’s a way that we can use digital for good.”

He adds, “Subsidies have helped us but there are a lot of underlying things which need to be dealt with in terms of sustainability… Maybe everyone will flood back into workshops next year, but they might not. We have to take into consideration the volatility around resourcing, trying to keep everybody employed, to keep our artists working and trying to navigate a path through that.”

When it comes to the lockdowns, Nate is reflective. He is grateful for the new connections that he and the company have made, and the opportunity for up-skilling and broadened perspectives. He feels that considered pacing and thoughtful action will be important as we move forward from here.

Acknowledging that much of the last period has been emotionally and practically difficult for so many people, Alex looks forward to a future where “We can make plans and they happen.” She’s very much looking forward to seeing the young people she works with in the same space again. She smiles, “I love their reunions.”

As for 2022, Alex is tentatively relishing the chance to live with ‘two feet’ in life. She’ll take with her an even deeper valuing of how her youth arts work makes a difference in the lives of the young locals she and her team connect with. “It’s even more precious than we knew.”