Patrice Balbina’s Chance Encounter with the End of the World

Something unsettling has crept into the neighbourhood. It’s a feeling, a suspicion that disappears when you look at it directly. Patrice Balbina has noticed that small things are starting to disappear. The butcher lost his laugh, the man with the pigeon is losing his patience, and Dad says the government has lost its mind. Even the love of her life seems to be a little further away each day. But you wouldn’t expect the end of the world. Then it rang the doorbell.

Patrice Balbina’s Chance Encounter With The End Of The World is a unique collaboration between artists from six leading international theatre companies. ATYP’s Artistic Director Fraser Corfield is collaborating with professional artists from Pilot Theatre (UK), Teatro O Bando (Portugal), Elsinor Teatro Stabile d’Innovazione (Italy), Dynamo Theatre (Canada – Montreal) and Playhouse Theatre (Canada – Vancouver) to devise this new work that will premiere at ATYP before transferring to Vancouver. The final chapter of the three-year international collaboration Documents of Poverty of Hope, supported through the European Union’s Cultural Fund, this extraordinary work looks at immigration and emigration from a global perspective.
by Tony Davis, adapted by Mark Kilmurry

Brothers George and Beeper wait anxiously day after day for their father to come home. If they are discovered on their own it would mean the end of everything. Then a girl breaks in. Two’s company but three is a problem.

A haunting and exquisitely written story that will leave readers wondering if this could be our future.

Funny, surprising and deeply moving, audiences will see themselves in Patrice, a young Australian girl just like any other

A multi-lingual performance which is based on interviews with young people and written by the cast. Fight with All Your Might the Zombies of Tonight 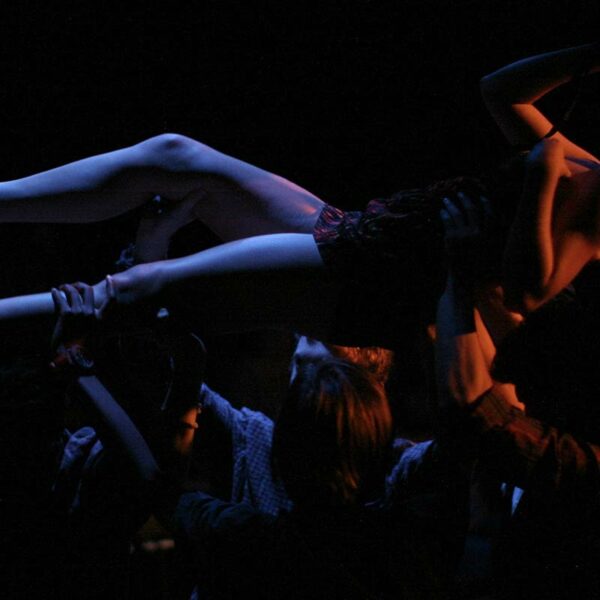