ATYP WEBINAR SERIES – Your Journey into the Arts

ATYP is delighted to present two webinars that will answer all your questions about how to break into and then maintain a career in the performing arts and entertainment industry.

The two webinars will feature special guest speakers including award-winning actors and directors, representatives from the most respected performing arts schools in the country, acting agents and managers and casting agents.

These entertaining and informative sessions are perfect for young people looking at their options to break into the industry, young actors with some experience figuring out their next step and parents looking to guide their kids into an arts journey with positive and helpful advice.

WEBINAR 1: How do I get into the Arts?

So you want to be an actor…or a writer, or a director, designer, stage manager – basically, you really want a career in the performing arts. But, you don’t know where to start? Well, this is the webinar that will make everything clear and give you the information to begin your arts journey.

Rachel McDonald – Director and Educator
Rachel is the Artistic Director of Freeze Frame Opera and lectures in design, directing and acting at WAAPA.

Faith Martin – Casting Director
Faith has consulted with many major US television networks, including ABC US, Fox, Universal, HBO, Starz, Sundance Channel which has resulted in Australian actors being cast in leading roles for US television and international.

WEBINAR 2: How do I stay in the Arts?

There is a perception that there is no work in the performing Arts. And by that we mean not just now, because we’re in the middle of the COVID crisis but, like, ever. At the same time, we know the Arts collectively make up $111 billion of Australia’s economy. So … where is the work? Someone must be living off some money in one of Australia’s biggest industries. How do people maintain a career in the performing arts?

Join us for a discussion with four industry professionals who all make a living working in the arts. Learn how they use their skills as actors, writers, teachers and creative thinkers to maintain a living as artists. This webinar will dig into the tools and approaches needed to survive in the arts long-term.

Rose Byrne – Actor, Producer
Rose is an award-winning Australian actress of film, theatre, and television, and is an ATYP Ambassador.

Tasnim Hossain – Playwright, Director, Dramaturg
Tasnim Hossain is a playwright, dramaturg, director and screenwriter. She has worked with young people through companies including ATYP, Shopfront Youth Arts and Canberra Youth Theatre, and has written and toured solo work independently. 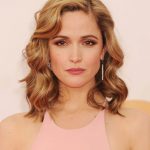 Rose Byrne – Rose Byrne will begin production on the Apple series PHYSICAL in late 2020.  She was recently seen in the critically acclaimed FX drama series MRS AMERICA, starring as ‘Gloria Steinem’ alongside Cate Blanchett, and will next be seen reprising her role as ‘Bea’ in the feature film PETER RABBIT 2: THE RUNAWAY with Domhnall Gleeson.

Rose starred as Ellen Parsons in all five seasons of the award winning series DAMAGES alongside Glenn Close. She was nominated for a Golden Globe Award in 2008 and 2010, and an Emmy Award in 2009 and 2010, and received the AFI International Award for Best Actress in 2007 for her work on the series.

Rose made her Broadway debut in the Tony Award nominated play YOU CAN’T TAKE IT WITH YOU, alongside James Earl Jones, and appeared in the Sydney Theatre Company’s LA DISPUTE and THE THREE SISTERS, both directed by Benedict Andrews.  In late 2016, she returned to the Sydney Theatre Company, performing in David Mamet’s SPEED THE PLOW, directed by Andrew Upton. Rose’s recent performance in the BAM production of MEDEA alongside Bobby Cannavale, earned her a nomination for Outstanding Actress in a Play at the 2020 Drama Desk Awards. 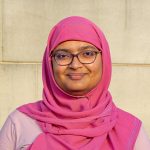 Tasnim Hossain – Tasnim Hossain is a playwright, dramaturg, director and screenwriter. She has worked with young people through companies including ATYP, Shopfront Youth Arts and Canberra Youth Theatre, and has written and toured solo work independently.

She is a Sydney Theatre Company and Contemporary Asian Australian Performance’s Directors Initiative participant and was Assistant Director on STC’s Banging Denmark in 2019. She was also a Griffin Theatre Studio Artist in 2019, Melbourne Theatre Company’s Women in Theatre program participant in 2018, and ATYP Resident Playwright in 2017.

She was also a co-creator, co-writer and performer for Carpark Clubbing, currently on ABC iView. 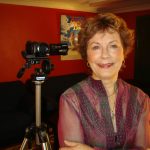 Faith Martin – From a theatrical family and with a love of film, theatre, performance and storytelling, Faith Martin began her career as an Agent.  Over a 12yr period Faith established a number of recognisable and established actors into international careers.  Following that period she began the Casting phase of her experience which has resulted in her developing a broad range of experience across all media and has enabled her to play a key role in productions with both a domestic and an international profile.

“A life in film and storytelling has provided me with the most outstanding gift and that is to do what I love and to share my day collaborating with the most inspiring range of talent across all sections of the Film Industry.  I am privileged” 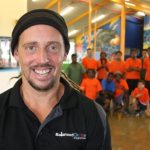 Drawing on his 20 years’ experience in the fitness industry together with his training in acting and directing, Adam has designed unique programs that tie together fitness, team building and psychology to help troubled children make positive choices.

Using a method called Hope Theory with the detainees at the Don Dale Detention Centre, Adam gives the children an avenue to share their goals and discuss ways to achieve them. Meeting with senior politicians, Adam is advocating for a mentoring program for troubled youth.

He works with organisations such as the North Australian Aboriginal Justice Agency and the Legal Aid Commission and inspires many as a motivational speaker. He has a passion for people at the margins of our community and never gives up on a client, no matter what they are going through. 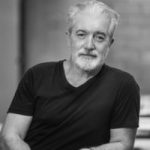 Mark Morrissey – Celebrating his 35th year in the entertainment business, Mark is the founder and Managing Director of Morrissey Management, one of Australia’s most successful and leading talent management companies.

As a manager, Mark has nurtured some of the biggest names in Hollywood to fame including Chris Hemsworth, Liam Hemsworth, Shalom Brune-Franklin, Jai Courtney, Luke Bracey, Kate Ritchie, Georgie Parker and Yerin Ha. 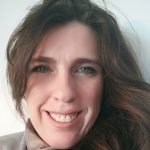 Rachel has directed for many of Australia’s leading companies, with productions including La Voix Humaine for Opera Australia, The Pianist for Belvoir St Theatre/Sydney Festival, The Taming of the Shrew for Sydney Theatre Company, La Traviata for OzOpera national tour and Queen Lear for Melbourne Theatre Company.

Rachel has also directed extensively for WAAPA and Sydney Conservatorium and lectures in design, directing and acting at WAAPA.

LOCATION
This webinar will take place on Zoom

DELIVERY
The Zoom Webinar link will be sent out via email to ticket holders 24 hours prior to each webinar commencing.